Advertising in today’s world has become increasingly more complex. Obviously, there are more options available than ever.

That said, television is still a major force, but how it is being viewed is rapidly changing. News, live or special events, local or newsworthy programming is still popular, and it’s being viewed in the traditional sense – in real time. According to a media comparison survey done by TVB.org, Broadcast TV is still in the lead. Responders over the age of 18 spend nearly 5 hours a day watching broadcast and cable TV, and 60% of that was broadcast.

OTT is definitely the wave of the future, but that doesn’t negate television’s importance. While OTT and digital media are on the rise, television still has the highest reach in ad supported platforms. The benefits of OTT include more advanced demographic targeting, but TV still provides the most reach and “bang for your buck. 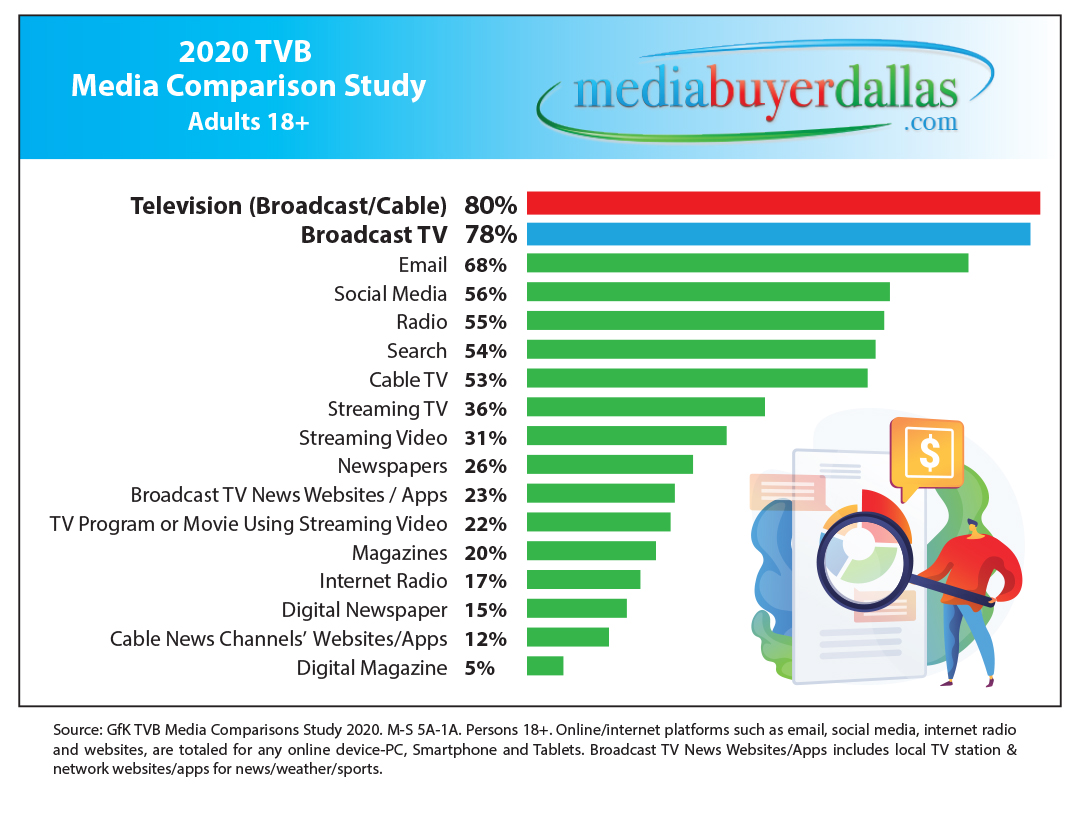